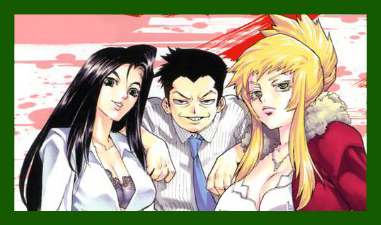 AIKI (愛気) is a manga series written and illustrated by Isutoshi. It was serialized in Young King Comics and is published by Shonengahosha Inc. Aiki features genres such as action, martial arts, comedy, and also contains a certain amount of objectionable content. The manga revolves around the ups and downs of its main character: Joukyuu Kunitoshi. It ran for 14 volumes before Joukyuu's story was continued in a sequel called Aiki-S.

AIKI-S (愛気ーS) is a currently ongoing manga series by the same author and is also serialized in Young King Comics and published by Shonengahosha Inc.

Joukyuu Kunitoshi is the main character of Aiki and Aiki-S. He is quite possibly the strongest fighter seen so far. Joukyuu is an average guy with dark hair that he has bleached on the top at the start of the series. He wears an average set of clothes: a white shirt with black pants and shoes. When normally walking around he usually has...click here to continue reading.

Contribute to this wiki

To write a new article, just enter the article title in the box below.

Not sure where to start? 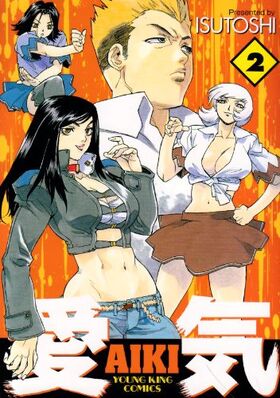 Retrieved from "https://aiki.fandom.com/wiki/AIKI_Wiki?oldid=5094"
Community content is available under CC-BY-SA unless otherwise noted.